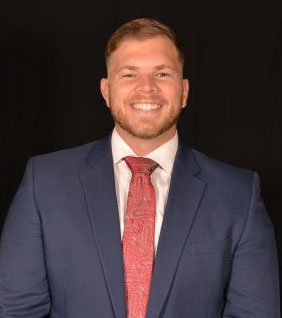 Sheldon R. Black is originally from northern Utah.  Prior to law school, Mr. Black founded multiple businesses. Mr. Black received two undergraduate degrees from Weber State University, prior to moving to Arizona to attend the Sandra Day O’Connor School of Law at ASU, where he and his partner went undefeated at the Moot Court Mediation Competition.  While in law school, Mr. Black was a part of the Lodestar Mediation Clinic, where he became a certified mediator for the Justice Courts and mediated numerous cases in the Northeast Justice Center. Mr. Black also volunteered with the Arizona Legal Clinic, the Arizona Veterans Stand Down convention, and the Gold ‘n Gavel Auction, helping lead Sheldon a pro bono distinction at graduation.

In 2018, Mr. Black was admitted to practice in Arizona state courts, and the United States District Court, District of Arizona. Since being in practice, Mr. Black has worked with numerous business and individual clients, representing them in Justice Court, Superior Court, Family and Civil, Federal District Court, and State Tax Court. Mr. Black negotiated millions of dollars in settlements for his clients, and has been successful in setting aside judgments, as well as removing liens. In addition to his law career, Sheldon has volunteered with the Internal Revenue Service’s VITA Tax Program, and he sat on the CAP panel for the Mesa United Way.